Matter is anything that occupies space and has mass. The three states of matter are; 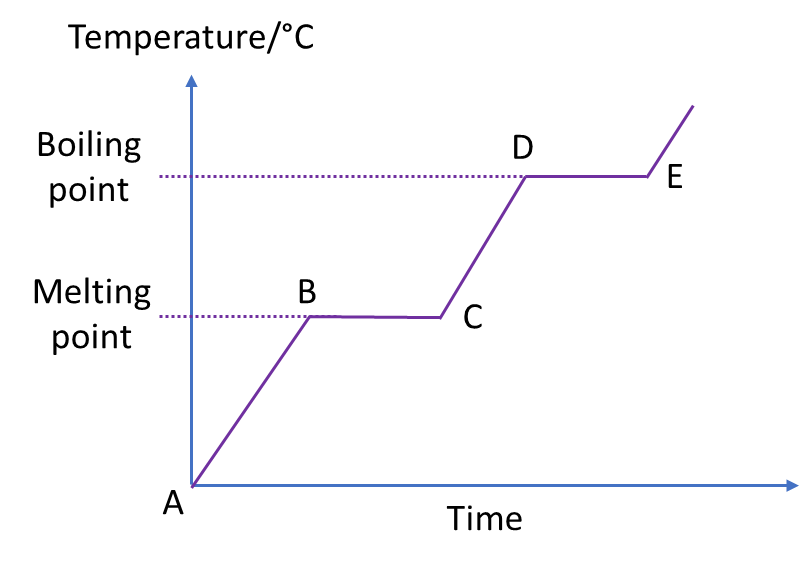 On the left is a heating curve.

A – B : As solid is heated, temperature rises. At this stage, particles of the solid gain energy, resulting them to vibrate faster and move further apart. At point B, the solid starts to melt.

B – C : At this stage, the substance exists in two states (solid and liquid), while the temperature remains constant. Heat energy is taken in to overcome the attractive forces between the particles.

C – D : All the solid has melted into liquid at point C. All the particles are now able to slide over each other. The temperature of the liquid rises as heating continues. At point D, the liquid starts to boil.

D – E : At this stage, the substance exists in two states (liquid and gas), while the temperature remains constant. Heat energy is taken in by the particles of the liquid to overcome the attractive forces between them.

At point E, all the liquid has boiled into gas. Beyond E, the temperature of the gas increases as the heating continues. 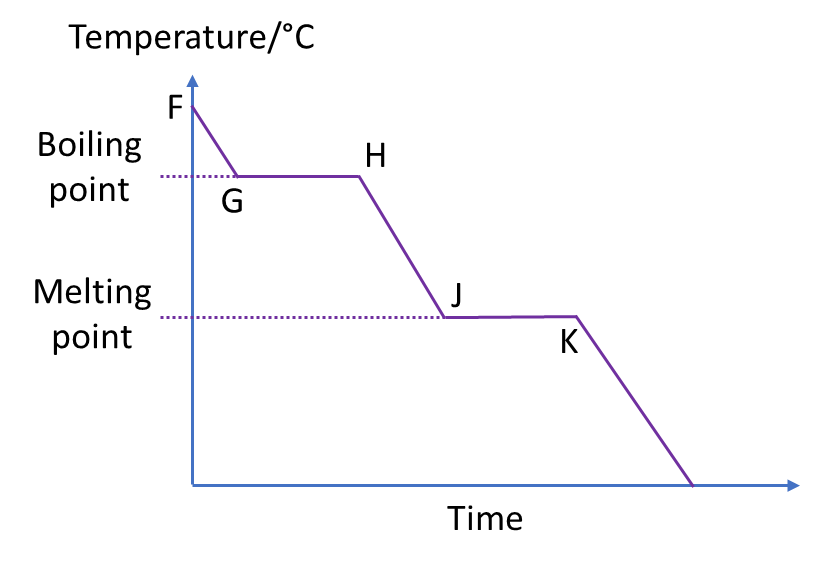 On the left is a cooling curve.

A physical change of state from gas to liquid is condensation, while liquid to solid is freezing.

F – G: As gas is cooled, temperature decreases. At this stage, the particles of the gas move in fast and random motion. At point G, the gas starts to condense.

G – H : At this stage, the substance exists in two states (gas and liquid). The particles lose energy and move closer together at a constant temperature. At point H, all gas has been condensed to liquid.

H – J : As liquid is being cooled down, temperature continues to decrease. The particles now slide over each other. At point J, the liquid starts to freeze.

J – K : At this stage, the substance exists in two states (liquid and solid). Particles lose energy and move closer together at a constant temperature from liquid to solid state.

At K, all liquid has frozen to solid. The temperature continues to decrease as cooling continues.

A substance sublimes when it undergoes a physical change from solid state to gaseous state without first becoming a liquid.

Substances which sublime that is included in the syllabus: Dry Ice (CO2), Iodine (I2), Ammonium chloride (NH4Cl).

Question: When iodine crystals were heated in a test tube, the iodine sublimed. How did the movement of the iodine particles change? [HYSS 2018 P1]

Explain why C is the answer? Or maybe why not the rest if possible.

Question: A sample of solid X is heated until it is completely melted. The graph shows how its temperature varies with time as molten X is cooled. [BSS 2018 P1] 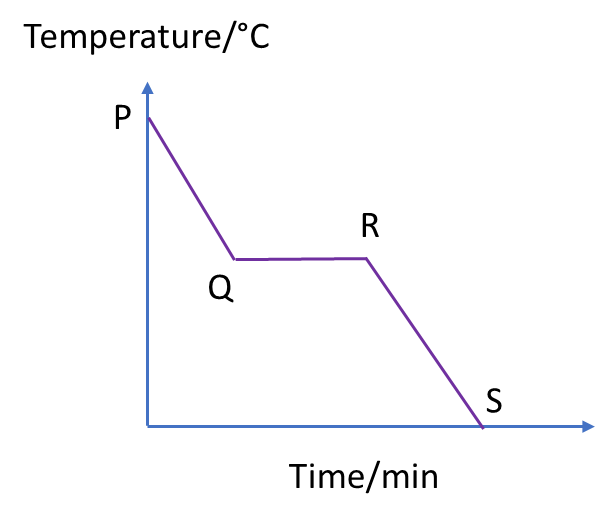 Which of the following statements are true about particles of X?

Explain why C is the answer? Or maybe why not the rest if possible.